So we’re all stuck in this sinking boat of misery. 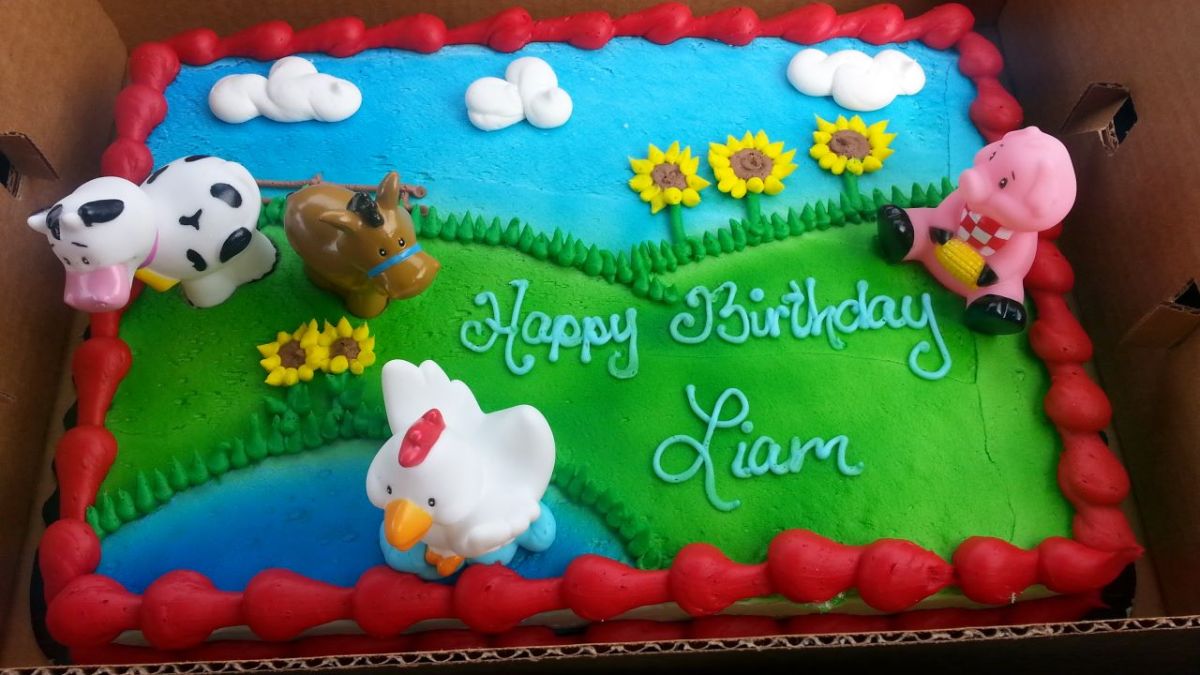 Hello, friends. It’s been quite some time since I’ve had the chance to sit down and write a post (just over two months), and a lot has happened. Most of the things that have happened aren’t really worth mentioning, but there are a few things that I’d like to share with you. 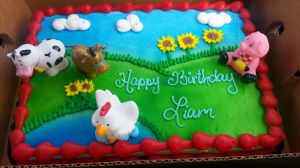 Firstly, and most important in my eyes, yesterday was my son’s second birthday. He’s two. I have a two year old. Trying to wrap my head around the fact that I have been a mother for two years is just… insane. I was babysitting all day, so we really couldn’t celebrate, and my entire household has been battling the cold from hell for a few weeks, so we were all more than happy to lay low. We had a cookie cake, took some pictures, and enjoyed some family time at the end of the day. Liam had an actual party a little over a week ago, when we went up to visit Kyle’s grandmother, and the whole rest of his family, for the big, annual family Christmas party. We bought Liam a really nice, super delicious cake, and he got to open a massive pile of Christmas AND birthday presents. He’s gotten so many amazing gifts this season, I might have to start doing some more toy reviews. There’s plenty to report on!

Luckily, we got all of our holiday and birthday shopping done early this year, because as you all know, whenever things are going too well for us, something goes wrong. Now, I went off on Facebook and Twitter recently, ranting about the medical lab where Kyle had his blood tests done last year when he was starting his new job. He had to be screened for diabetes, which we then discovered he had. Well, what I may not have mentioned, is that the clinic ordered a number of other tests, which we did not ask for, and in the end, we were charged roughly $1,000 from the lab, and nearly $500 from the clinic. For BLOOD TESTS. Gotta love America…

So, since Kyle is unable to afford insurance through his employer (oh, he no longer works two jobs, just the one driving now), and doesn’t qualify for state aid, it all had to come out of pocket. His mom agreed to help us with the clinic bill, since she was supposed to put Kyle back on her insurance and forgot about it, but the rest was on us. We were making the minimum payments for a while, but since Kyle’s job pays pretty well, he decided to pay half of it all at once on the site. Well, he screwed up and accidentally hit “Pay In Full”, and over $800 was taken from our bank account… and we didn’t have that much in there.

We got slammed with an overdraft, and a fee to go with it. Of course, he didn’t tell me this was his mistake until after I went off online, blaming the company, but when we reached out to see if we could maybe get half of the money back, they wouldn’t work with us. Not even a little. Luckily, I got paid enough the next day to pull our account back from the negatives, but we’ve been riding on $32 in the bank for over a week. Thank goodness for Christmas cash and gas card gifts. Tomorrow, Kyle gets paid, and then I get a few dollars on Friday from babysitting, and we will be all set again. But it sure threw us for a loop.

And speaking of babysitting… that’s all over.

It’s been rough. I had to put my Twitter as protected, because I found out that someone has been stalking my tweets, taking screenshots, and sending them to people who don’t follow me there, which has caused me some drama. Ridiculous, high school drama. I have a good feeling I know who it might be… though I’d like to think it isn’t one of my friends who follows me. I don’t trust anyone anymore.

I feel empty. More alone than ever. I feel like there’s been too much to deal with, but I haven’t been letting myself deal with any of it, because there was always something that needed to be done. Something more important than me, and my feelings. I didn’t let myself feel, or deal, or vent. Blah.

I also recently became an aunt again, to a little girl whose name I don’t even know, and who I’ll probably never meet, we lost my grandmother’s husband, Richard, to cancer right before Christmas, and I gained 45 pounds in 2016.

Oh, and Trump. That happened. So we’re all stuck in this sinking boat of misery.

Thanks for reading, friends. I should have more time to do writing prompts, reviews, etc… I missed writing. Talk soon.

6 thoughts on “Sorry for the Silence”