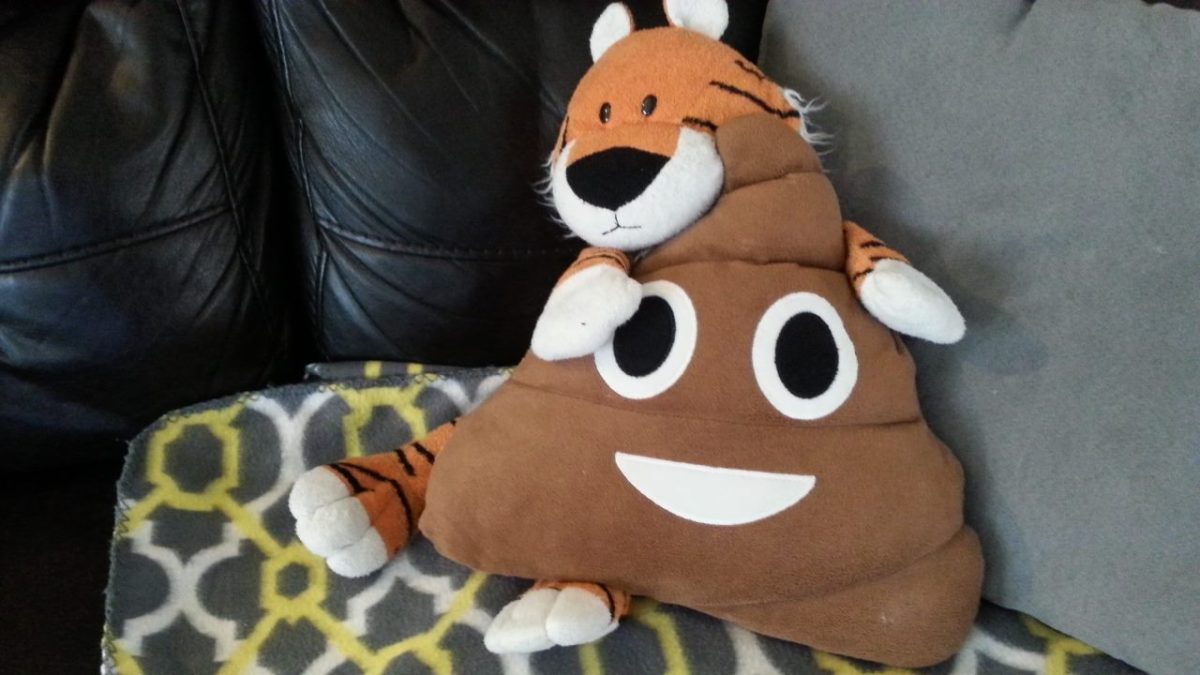 Hello, friends. I just thought I’d throw a quick update out there, for anyone interested in how kiddo and I have been doing lately, since we both got slammed with health issues around the same time.

To read about my initial diagnosis, and my trip to the ER, you can click here. The TLDR version: My intestines were twisted, there was a cyst on my ovaries, and I spent many hours in the hospital. Not fun.

To read my previous health update, which was a follow-up post to my trip about the ER and my insides, where I told you about my medications and my healing process, you can click here. The TLDR version: Got meds, took meds, felt like crap for a week, felt better.

Well, the entire family had more doctor’s visits over the last two weeks, starting with Kyle and I. We both had to go back to the hospital for blood tests to monitor our liver enzymes, because we both have fatty livers. Kyle is also diabetic, so they need to keep an eye on his liver, and get tests every month. I had to go back in to check on my triglycerides, since they were high back in April.

Surprise, surprise… our livers are still fat, and my triglycerides are still high. I was prescribed Fenofibrate, which is a medication used to lower cholesterol and triglycerides. I was also advised to start taking fish oil as part of my daily regimen. Apparently, I’m 27 going on 47.

So, that’s where we’re at. Kyle has another appointment next week, and I have to go back in 6 weeks for more labs, to check all my levels again, and see if this medication is working.

And then, kiddo got sick.

*WARNING: If you don’t like hearing about poop, or things to do with the bowels, skip all the way to the end for the TLDR version.

On Thursday, he woke up just like normal, but by 10:30, he was crying nonstop, and complaining of a tummyache. He wouldn’t take his nap, wouldn’t eat, and was absolutely miserable. I checked his temperature, and he was a low-grade fever. I informed Kyle when he got home from job #1, and once we saw that his temperature was quickly rising, and he was becoming more and more irritable, he called off from job #2, and took Liam to the doctor.

He screamed and cried the entire time. He wouldn’t let any of the nurses or the doctor touch him, not even to check his temperature, or his height, or his breathing and heartrate. It was terrible, and I nearly had a breakdown myself seeing him so upset.

Eventually, he let them do their jobs, and his tests came back positive for strep throat. He hadn’t been complaining about his throat, but apparently stomachaches are a big symptom for strep. She gave us some pamphlets, put in a prescription for Amoxicillin at the pharmacy, and off we went.

Now, Liam has taken Amoxicillin a few times in the past for his ear infections, and never had any issues… but they gave him a higher dosage this time, because he’s in a high weight group. Or something. Well, let me tell you, the medicine REALLY messed with him this time around.

The first night we gave him the Amoxicillin, he woke up in the middle of the night, feverish and sweating, with a diaper filled with… liquid. Terrible, foul liquid. My kid hasn’t has diarrhea since he was an infant, so I was alarmed at first, because that’s usually a sign for a viral infection, not bacterial.

I cleaned him up, changed his sheets, gave him more medicine for his fever, and put him to bed. He woke up three more times that night, in the exact same way. We almost ran out of clean pajamas and sheets.

The next day, his fever finally broke, and he was back to himself. Eating, playing, having fun… but still having explosive, watery stools every hour. I did about 3 loads of laundry in one day, all because of him.

By Saturday, all his symptoms had subsided, and he was feeling immensely better. I had learned via Google that his diarrhea was likely due to the antibiotics killing the bad AND good stuff in his belly that helps keep your poop normal. Everything seemed fine and dandy… until… he didn’t poop on Saturday. Or Sunday.

Or Monday. Or Tuesday.

My kid usually goes a day or two, sometimes even three day, without pooping from time to time… but five days? I called his doctor Wednesday morning, and was told I would get a call back, and never did. Thanks to Dr. Google, I learned that I needed to push fruit and juice, so I did. We didn’t have very many fiber rich foods in the house, because Friday is shopping day, so I did what I could with what I had. Fruit cups and juice. That’s about it.

This morning was day six. Six days without a poop, y’all! He was still acting like himself this morning, not in any discomfort, not particularly fussy, etc. I kept pushing fruit and juice, and tried to stay away from dairy. He’s been pretty happy about all of the juice he’s been getting.

I called his doctor again this morning… twice. Both times, I had to deal with the most obnoxious automated messaging system in the world, followed (eventually), by a super rude nurse. About half an hour ago, his doctor finally called me back, and all she told me was to keep giving him juice and fruits, and maybe to try a probiotic supplement for kids. She said if he doesn’t poop by Monday to call them, because they are closed on the weekends.

Monday. MONDAY? Monday would make 10 days without a poop.

Luckily, this story has a somewhat happy ending. About halfway through typing this blog post, Liam ran to his room to play, and then he shouted out, “Mama! Mama, pooping in here! Poop in room, okay?”

Yaaaaaay!!! I’ve never been so happy to see a nugget in a diaper!

We’re still going to push the juice and fruit, to try and get him back on track again, but I am so happy that he finally went, even if it was just a little bit! It’s a start, right?

*TLDR version: Kid got sick, pooped a lot, then stopped pooping for 6 days. He pooped a little while I was typing this. We’re both feeling a bit relieved!

Anyway… I guess that’s that, haha. Thanks for reading, friends!

I'm just an introvert, trying to find where I fit in the world. Opinionated, slightly vulgar, and prone to crippling social anxiety. I am a casual gamer, retired podcaster, wannabe voice actor, newbie freelancer, Netflix binge-watcher, YouTube addict, and a mom just trying my best. View all posts by Super Jan