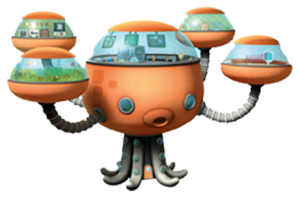 My son and I flew to Maine to visit with my grandfather, who I hadn’t seen in nearly 10 years. END_OF_DOCUMENT_TOKEN_TO_BE_REPLACED

[Since I’ve been so busy being glued to the couch with my sick, clingy toddler lately, I haven’t had any time to type out the dreams from my dream journal. I finally have a few minutes today, so here is dream 3 of 3.]

Kyle, Liam, and I were driving to Canopy Lake Park in Maine, and we were lost. I was telling Kyle to ask for directions, because the GPS on his phone was acting up, but we ended up finding our exit and following a bunch of signs to get to the park. The parking lot was completely empty, and I asked Kyle if they were even open, but he assured me that they were.

There was no one stationed at the gate, so we just walked right in, and headed for the first ride we saw, which was a teacup ride. There were no people in the park, but we didn’t seem to notice or care. Kyle kept complaining about how sunny it was. The gate to the teacup ride was locked, and Liam started to cry. We decided that we would spend some time at the large wave pool instead, but when we got there, there was no water in the pool. We found a large hose, and put it in the pool, and filled it up ourselves, even though we couldn’t get the waves to work. The water was crystal clear, and it looked like a tropical beach, with the bottom of the pool covered in white sand.

A woman showed up at the pool and waved at us enthusiastically. She was the only other person in the park besides us. She took off all of her clothes and jumped into the pool completely naked. Just then, a group of 6 or 7 little kids, which I assumed were with her, came running out of the locker room, and jumped into the pool after her. There were now several beach balls being thrown around, and we kept getting splashed, so we got out of the pool. Kyle was angry, and was cussing up a storm, complaining about the woman. We did a lap around the park, but there were still only a few other people there, and none of them were employees.

After walking for a long time, we came across a large archway, with a “Zoo” sign, and Liam starting jumping up and down and cheering. We walked down the path to the zoo, which descended into a thick, green rain forest. There were brightly colored birds, terrifyingly large bugs, and pterodactyls everywhere. I had a large camera around my neck, and was taking pictures of everything that we passed.

There was another group up ahead of us with several children, and they were all screaming about something that was going to get them…

Kyle, Liam, and I were at an amusement park on a pier, similar t one I grew up by. All of the rides were being repainted bright green for St. Patrick’s Day, and there was a group of protesters shouting something about how St. Patrick’s Day is racist against certain individuals, or something like that. There were police all around them, and the protesters were getting rowdy and violent, reaching out to grab at families and people that were walking past. We rushed by them, and were walking toward a large arcade at the end of the pier.

I put Liam on my shoulders, and he pointed to one of the policemen and said, “Constable!” and I was so shocked that I almost dropped him, because that was his fist word ever besides “mama“. Kyle was laughing and I was nearly in tears, and Liam kept bouncing on my shoulders shouting, “Constable, constable!”

The arcade was getting painted when we went in, and the floors were covered in wet, green paint. We walked through the paint, along with the other pier-goers, tracking footprints everywhere, but no one seemed to mind. Kyle was trying to win a prize in the claw machine, and getting angry at it, while I took Liam over to play one of those Whack-A-Mole type games. He went nuts, and hit every single one of them.

An announcement came over the intercom that the arcade was closing, even though it was early in the afternoon, and people started to get upset. I took Liam outside, and we couldn’t find Kyle. The protesters had broken through the line of police in the distance, and were running around, destroying the buildings and rides. I put Liam back on my shoulders and started running toward the parking lot, but the protesters had lit all of the cars on fire. I started screaming for Kyle…