We helped the farmer scoop up the hens, but he kept angrily criticizing us, saying that we weren’t holding the chickens properly, and trying to readjust our arms. We ended up dropping the chickens. 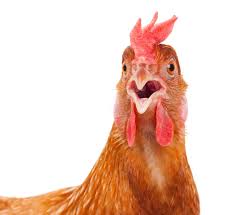 I was walking down a winding, empty road, lined with green grass and trees. Beside me was a young woman, about the same age as me. We were both dressed for a day at the beach, wearing bathing suits, loose summer dresses, flip-flops, and large totes. We walked and chatted excitedly as we strolled along, talking about the weather, and the green fields, and our excitement over getting to swim finally.

The sound of footsteps from behind us made us stop walking, and we turned to see a tall, chubby farmer, who was carrying two hens. He greeted us, and told us he was walking to the campground just up the road. Apparently, that’s where we were headed as well, and he smiled and said he’d see us there. His pace sped up, and before we knew it, he had walked far enough ahead of us to be out of sight. A few moments later, we could hear the frantic sounds of chickens, and ran around a bend in the road, where we spotted the same farmer, chasing three hens in circles.

We helped the farmer scoop up the hens, but he kept angrily criticizing us, saying that we weren’t holding the chickens properly, and trying to readjust our arms. We ended up dropping the chickens. Then, we had to chase them up the road, until we reached the campground. There were two dogs fighting on the side of the road, and they stopped momentarily to chase after the chickens. My friend and I tried to catch the dogs, but the farmer kept yelling at us to catch the chickens, so we stopped, and just stood there watching the chaos, unsure of what to do.

A young girl ran up to us, bawling her eyes out, and told us that we had lost her chihuahua. I told her I hadn’t seen her chihuahua, but just then, a small, white animal (which was definitely NOT a chihuahua, it looked more like a guinea pig), ran through our legs, and under some steps nearby. I asked the little girl if that was her dog, and she punched my friend in the arm, and ran away.

The farmer was still yelling at us about his chickens, which had completely disappeared, along with the two dogs.

Outside the church, we found a notice taped to the door, with a schedule of all the activities happening that weekend, and the times. It was written in purple crayon.

I was young again, maybe 11 or 12 years old, and I was camping with all of my grandparents, cousins, aunts, and uncles, just like we did every other weekend in the summer when I was a kid. We were at a large campground, which was connected to a water park, that we had never been to before. On our first day there, my cousin, Nick, and I woke up really early, because we wanted to go to the church at the campground, and… color. So we walked to the church, but when we went inside, there was some kind of Sunday school thing happening, and a nun yelled at us to leave, and that we weren’t allowed to color until the class was over. END_OF_DOCUMENT_TOKEN_TO_BE_REPLACED