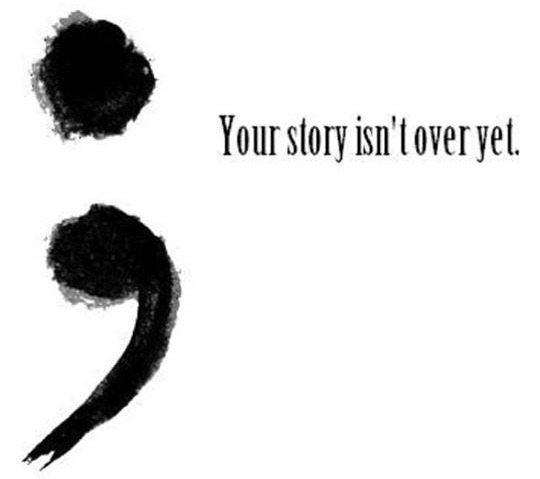 “When was the last time your walked away from a discussion, only to think of The Perfect Comeback hours later? Recreate the scene for us, and use your winning line.”

A comeback? No. I just wish I had the right words to say…

I sat helplessly behind the screen of the computer that he had given me just after my 15th birthday. I could barely read the words popping up in the X-Fire chat window through my tears, let alone see the keys to formula some kind of response. Not that it would have mattered at that point anyway.

We had been arguing. Over the course of 3 years, he had been my everything, but he had broken my heart so many times, and I always came back. I didn’t know any better, and I had no one else. But not the last time. I had chosen to move on with my life, and had found someone else to share myself with, who didn’t treat me that way. He didn’t like it. I sat there for what seemed like hours, when really, the drive from his house to mine only took a few minutes. I heard the knock on my front door, followed by footsteps coming to my bedroom.

His eyes were red, and he was shaking. He reached for my computer, and began unplugging it, taking it apart to take back to his house. Taking away my only form of communication with the outside world, and my new, long-distance boyfriend. Taking away a part of me. He was angry, and he was hurt, and I didn’t try to stop him. At least, not from taking the computer.

“You can’t do this…” I said to him, grabbing his shoulders, trying to calm him down. I was bigger than him, and stronger, but he was in a bad place, “I won’t let you do this.”

I watched him dismantle my computer, get into his car, and drive away. I waited until I knew he was back home, and called him. He answered, much to my surprise.

Then I heard the pill bottle, and my heart stopped.

“Stop. STOP.” I demanded, but all I heard was sobbing, and the sounds of pills scattering across his desk. He was in his room. Was his mom home? Should I call the police? I’d have to hang up the phone. I couldn’t hang up the phone.

“Don’t do anything,” he said, seemingly reading my mind,his voice raw, “I’ll unplug the phone. My mom has a gun upstairs. Don’t make me do that, Janise.”

I was sobbing. I had no words. I was frozen. I could hear him counting pills out loud… 1… 2… 3… I didn’t know what he was taking. Why was he doing this?

I sobbed loudly. My mom had already left with her friend, and I was alone in the house. Had I lost him? Was it too late to do anything? I curled up on my bed, and I cried. My body shook, and I soaked my pillow. I never did anything. I don’t know when I fell asleep, but I woke up to my phone vibrating. The sun was up.

“I need you to come over. We need to talk,” came his voice from the other end of the phone. I agreed, and he hung up.

The sobbing started all over again. I had my mom drop me off, and told her that his mom would be bringing me to school. She still did not know anything about what was going on.

I didn’t knock on his door, I hadn’t done that in months. I went straight to his room, where he was sitting at his desk. He looked awful.

He nodded slowly, and told me that he had told her everything. Everything about us. Everything he was feeling. He had taken 22 extra strength Tylenol, and 6 of his ADHD pills last night. I dropped to the floor, crying. Why wasn’t he at the hospital? Why was he here?

“I needed to tell you… that I’m sorry…” his breathing was starting to sound labored, and I looked up, just in time to see him fall from his chair. I heard myself scream, and his mother and younger sister came running downstairs. He was still lucid, and he got to his feet. He swayed, and tried to run to the kitchen, with us right behind him. He fell to the kitchen floor, and I knelt beside him, placing his head in my lap, while his mom sobbed into the phone. She had called 911. The ambulance was on it’s way. The wait was terrible. His mom was crying, his sister was saying this was my fault, and I was silent.

I rode to the hospital with his mother, who had some very cruel words for me. She blamed me for this as well.

I missed the entire school day, and spent nearly 8 hours in the hospital with him. I was there when they gave him charcoal, to flush his stomach. I sat by his side, holding his hand, and talked to him about everything. About us. About what was on TV. Everything. I was so thankful that he was alright, even though he wasn’t. I didn’t know if I was helping him, or hurting him, but I got my answer later. They made him talk to a therapist, and we were asked to leave the room. The therapist also blamed me, and they all agreed that it would be best if I get out of his life. Forever.

I called my mom to come get me, unable to stand another moment with his mother, and I broke down in her car, and told her everything. She didn’t blame me.

The weeks and months that followed were some of the worst of my life. I had lost my best friend, even though he was still alive. Every single friend that we shared, had turned their backs on me, and rumors flew around the school about what really happened that night and the following day. It was absolute hell. Seeing him, every day, and not being able to say anything to him, to see how he was doing, was awful, bur that’s what he wanted. He made that abundantly clear when he switched out of the 3 classes that we shared, and glared at me whenever we passed in the halls. How could people hate me so much, when I was simply trying to move on, and make myself happy?

I never defended myself. I never gave my side of our story. I never tried to correct people when they spread blatant lies. He was fine, but a piece of me had died that night, and it still affects me to this day. Triggers me.

We have since made up, and are friends from a distance, talking every once in a while via Facebook. We have never spoken of it, and I sometimes wonder if he ever thinks about that night, and if it ever cuts into him like it still does to me, nearly 10 years later. If I had the right words to say, would it have changed the outcome of that night? Or did what little I was able to say actually keep him alive?

I wish I could say this this was the last time that I was put in this situation, but unfortunately, it happened again more recently. However, that’s a story for another time.

Thank you for reading, friends. If you, or someone you know, is thinking about suicide, please get help.